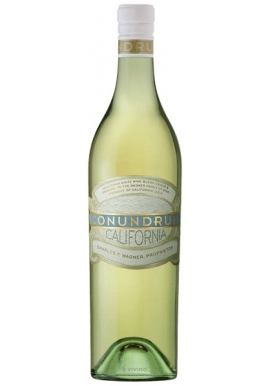 Popular varieties list of Californian white wines is longer than that of list of reds. The white grapes of Bordeaux, Burgundy, Alsace and Germany, the Loire and the north of Italy—though not, strangely enough, of southern Italy or Spain,are all grown with considerable success. One grape above all, though, gives wine as good as an...

Popular varieties list of Californian white wines is longer than that of list of reds. The white grapes of Bordeaux, Burgundy, Alsace and Germany, the Loire and the north of Italy—though not, strangely enough, of southern Italy or Spain,are all grown with considerable success. One grape above all, though, gives wine as good as any but the greatest of its native land and even that qualification is in doubt. The grape is the Pinot Chardonnay, or just plain Chardonnay, the white grape of Burgundy. It is almost always the most expensive Californian white wine, for the yield of grapes per acre is small, and farmers in the past were reluctant to plant the variety.In richness and freshness of scent, in savouriness and complexity of taste, and in balanced and appetizing dryness, however, the Chardonnay is so outstanding that vast new plantings have been made to increase the supply.

It is grown in the beautiful and fertile Napa and Sonoma valleys north of the Bay, the Livermore valley east of the Bay, and Santa Clara, Monterey and San Benito counties to the south all the best areas of the State. It is commonly thought to reach its very best in Napa and Sonoma, in the hands of such small-scale wineries as Hanzell, Heitz, Freemark Abbey and Stony Hill.

Recently Chalone vineyards in Monterey county, however, have brought it to astonishing perfection. But wines like these are rare and expensive. They are seriously to be compared, in value and price, with fine Meursaults and even Montrachets. The wines made on a more commercial scale by the best of the larger wineries—Beaulieu, Wente, Charles Krug and Louis Martini are perhaps the best examples are far more widely available, and less distinguished only in the proportion that a good plain Meursault comes below, let us say, a Meursault Perrieres.

On a mass-market level Almaden and Paul Masson also present the true Chardonnay scaled down, to keep the analogy going, to something on the Macon Blanc level. In other words, by no means to be sneezed at. The taste of oak with Chardonnay, more than any other grape, California vintners have found that they can not only compete with, but they can really mimic, French wine. The secret of the flavour of white burgundy, they have discovered, lies not only in the grapes but in the barrels. Few Europeans, even Burgundians, realize just how much of the characteristic rich, dry white burgundy flavour is really the taste of
Limousin or Nevers oak.

But Californians found out, by going to Europe and buying the same barrels for themselves. Not all Californian vintners approve, some are too proud of the wine flavour to mask it with tannin and vanillin, the barrels' contribution. Their wines are considerably less burgundian in style though not necessarily less good, by any means. As one cellar-master put it, in California all the wine makers watch each other's experiments with scepticism, have a good laugh, and then try the same thing themselves.

Next in prestige to Chardonnay comes the white Riesling, or Johannisberg Riesling, the Riesling of the Rhine and Moselle. There is no danger here of confusing the Californian with the European wine. In this climate the Riesling ripens uniformly and fully, giving a rounder, softer and above all more alcoholic and "winy" wine than in Germany, unless, perhaps, one compares it with the few Rieslings of Baden. At its best it achieves very considerable delicacy and complexity, but of a different kind.

Despite this apparent lack of acidity (relative, that is, to German wine) the good California Rieslings can do with a little time in bottle to develop character. If they are good young, they are noble after two or three years, gaining the deep, almost sour smell only old Riesling achieves. Again, the Napa valley is the classic Riesling area, butagain, it is being challenged today by new plantings to both north and south.

Sauvignon Blanc the other white grape which is, or can be, on equal footing with France in California is the Sauvignon Blanc. Bordeaux has one (or two) ideas about the Sauvignon. Basically it likes its wine strong, broad and either dry or very very sweet. The Loire, on the other hand, emphasizes its potential for flinty, sometimes piercingly flinty, freshness. Both styles have their adherents in California, and both do exceedingly well. It is only those that are half-heartedly sweet that fail.

The classic California Sauvignon Blanc was that of Emerald Wente Bros, made in the peculiar conditions of the gravelly but fertile Livermore valley just east and inland of the Bay. In its heyday it was California's best easily obtainable white wine- golden and smooth but austere, of a quality rarely achieved in Graves,for it was a white Graves it most resembled. The other dry Sauvignon style, that of Pouilly-Fume and Sancerre, was brought to California by Robert Mondavi who left Charles Krug to start his own ultra-modern Napa winery. He called his version Fume Blanc.

Perhaps the safest of the whites, because it wanders so little from its peculiar path, is the Gewtirztraminer, the grape that is almost synonymous with Alsace. Its pungent spiciness, a cousin of the Muscat flavour, is recognizable anywhere. In Alsace it is firm, dry, highly seasoned; an almost aggressive wine. California tames it down to a smoother and softer character. The least Californian of the Californian Gewurztraminers, in this sense, are Louis Martini's, for long the leader of the field, and the recently introduced Mirassou wine.

The Chenin Blanc is one of the latest white grapes to have come into fashion. Its name is little known in Europe. Touraine and Anjou are its headquarters, and its products those mid-Loire whites, Vouvray; Saumur and the Layon wines, which hesitate between sweet, very sweet and sweet-sour. Sourness (which comes from under ripe grapes) is never a problem in California. Without it, however, the Chenin Blanc can make rather wishy-washy wine. The best California versions, therefore, take steps to keep something like a European balance, creating a general effect rather like a German wine. The Christian Brothers make one like this, lightly sweet and very pleasant. Paul Masson makes another. Charles Krug's version (called, for some reason, White Pinot) is rather drier. The new Chappellet winery in the hills above the Napa valley has made one with an intensity and depth of flavour which would have done credit to a Vouvray. But these are examples almost at random from a wide and growing field. Chenin Blanc is clearly going to be a Californian standard.

Semillon is probably slowly fading from the scene. Its best wines are sweet—it is, after all, the nobly rotting grape of Sauternes. But Europe makes no wine from Semillon on its own, unblended with other grapes. Sauternes is a mixture of Sauvignon and Semillon, with or without a little Muscatel as well. California, having adopted the varietal idea, seems reluctant to make the blends which give so much complexity and subtlety to Europe's wine. It is the same story with Cabernet Sauvignon, as we shall see when we come to California's reds. Semillon waits for an inspired compromise. Straight, it sticks.

There are other old-guard white varieties on California labels. There is Pinot Blanc from Burgundy, Grey Riesling whose ancestry reputedly lies in the Jura, Sylvaner from Germany. It is hard to get excited about the wine of any of these grapes. They may well, indeed, be allowed in due course to die out. The zones to watch are the new- Emerald Riesling guard grapes which are peculiar to California, of which Emerald Riesling is the best so far, and one or two minor European grapes whose Californian potential is only just emerging, notably the French Colombard and Folle Blanche. What these varieties have in common is plenty of acidity. Any grape that can ripen in the Central valley and still make a fresh white wine has a future in California.

The Eastern States wines of California are all made of European vines—or at least from varieties of the European vine species, Vitis vinifera. But America has its native vines, too. The wild vines whose exuberance made the first Norse discoverers of the continent christen it Vinland have been selected and bred for wine-making since Colonial times. There is a basic difference in flavour between their wine and that of Vitis vinifera it finds few admirers among those who are accustomed to European-style wine. But native vines have the advantage of thriving in the fiercely extreme climate of the eastern States, where Vitis vinifera has never (at least until recently) flourished. The important New York State wine industry round the Finger Lakes in the far north-west corner of the State was based on American vines originally, overwhelmingly, the dark juiced Concord. Today it still uses them and their hybrids for nearly all its wine.

"Champagne" - The most acceptable of the traditional New York wines to a European-wine drinker are the "champagnes". In the context of a sparkling wine the odd scented flavour of American grapes technically known as "foxiness") is less striking. The Pleasant Valley Wine Company's Great Western and Charles Fournier's Blanc de Blancs are good examples. Also Dr Frank has an interesting interesting development in the area (again, to a European- wine drinker) is the work of Dr Konstantin Frank, the founder of the The old tray Vinifera Wine Cellars at Hammondsport on Lake Keuka. Dr Frank comes from Russia, where winters even colder than those in New York fail to kill vinifera wines. He was employed in the early 1950s by Charles Fournier (himself a native of Champagne; former wine- maker of Veuve Clicquot), to try to vindicate vinifera vines in New York. He planted Riesling, Chardonnay, Gewurztraminer and others with complete success—even discovering that the Finger Lakes climate is conducive to "noble rot": he has made a Riesling Trocken Beerenauslese.

The industry, however, to his chagrin, has been unwilling to follow him. Instead, it has temporized and either planted hybrid vines, crosses between the European and American species, or stuck to its old ones. Knowing that fine wine can never come from either, Dr Frank believes that New York State is throwing away its chance of ever becoming a great vineyard. The truth seems to be that America has two co-existing markets for wine, and that the wineries who supply the strictly "American" one would be rash to give it up and compete in the other. Widmer's, another big Finger Lakes wine company, who recently planted five hundred acres of vineyard in Sonoma county, California, clearly believe that it is possible to have the best of both worlds.