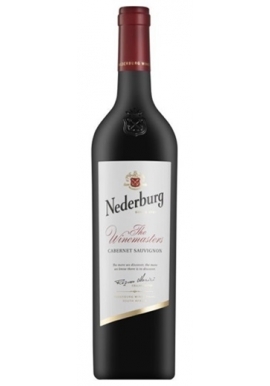 South African wine has a history dating back to 1659, with the first bottle produced in Cape Town by its founder Jan van Riebeeck. Access to international markets led to new investment in the South African wine market. Production is concentrated around Cape Town, with major vineyard and production centres at Constantia, Paarl, Stellenbosch and W...

South African wine has a history dating back to 1659, with the first bottle produced in Cape Town by its founder Jan van Riebeeck. Access to international markets led to new investment in the South African wine market. Production is concentrated around Cape Town, with major vineyard and production centres at Constantia, Paarl, Stellenbosch and Worcester. There are about 60 appellations within the Wine of Origin (WO) system, which was implemented in 1973 with a hierarchy of designated production regions, districts and wards. WO wines must only contain grapes from the specific area of origin. "Single vineyard" wines must come from a defined area of less than 5 hectares. An "Estate Wine" can come from adjacent farms if they are farmed together and wine is produced on site. A ward is an area with a distinctive soil type or climate and is roughly equivalent to a European appellation.

As of 2003, South Africa was 17th in terms of area planted with vines, with the country owning 1.5% of the world's grape vineyards with 110,000 hectares (270,000 acres). Yearly production among South Africa's wine regions is usually around 10 million hL (264 million US gallons) which regularly puts the country among the top ten wine producing countries in the world. The majority of wine production in South Africa takes place in the Cape, particularly the south-west corner near the coastal region. The historical heart of South African wine has been the area near the Cape Peninsula and modern-day Cape Town. This area is still of prominence in the industry being home to the major wine regions of Constantia, Stellenbosch and Paarl. Today, wine is grown throughout the Western Cape and in parts of the Northern Cape, KwaZulu-Natal and Eastern Cape regions. The river regions along the Breede Valley, Olifants and Orange Rivers are among the warmest areas and are often the location of bulk wine production and distillation. The cooler climate regions east of Cape Town along the Indian Ocean coast, such as Walker Bay and Elgin, have seen vast expansion and development in recent years as producers experiment with cool climate varietals and wine styles.

Grape varieties in South Africa are known as cultivar, with many common international varieties developing local synonyms that still have a strong tradition of use. These include: Chenin blanc (Steen), Riesling (until recently known locally as Weisser Riesling), Crouchen (known as Cape Riesling), Palomino (the grape of the Spanish wine Sherry known locally as "White French"), Trebbiano (Ugni Blanc), Sémillon (Groendruif) and Muscat of Alexandria (Hanepoot).However, wines that are often exported overseas will usually have the more internationally recognised name appear on the wine label. In 2015, SAWIS (South African Wine Information and Systems) reported that the country had 100,146 hectares of vineyards, with about 55% planted with white varieties. Chenin blanc has long been the most widely planted variety, still accounting for over 18% of all grape area planted in South Africa as of 2015, though it is slowly decreasing in overall share of vineyard area. In the 1980s and 1990s, interest in international varieties saw increase in plantings of Chardonnay and Sauvignon blanc. Other white grape varieties with significant plantings include Colombard (also spelled locally as Colombar), Cape Riesling, Gewürztraminer, Hanepoot, Muscat Blanc à Petits Grains, Riesling and Sémillon. Both red and white mutants of Muscat Blanc à Petits Grains as well as Chenel and Weldra, two Chenin blanc-Ugni blanc crossings, are used for brandy distillation and fortified wine production.

From the 1990s, plantings of red grape varieties rose steadily. In the late 1990s, less than 18% of all the grapes grown in South Africa were red. By 2009 that number had risen to 44%. For most of the 20th century, the high yielding Cinsaut was the most widely planted red grape variety, but the shift in focus to quality wine production has seen plantings of the grape steadily decline to where it represented just 2% of all South Africa vineyards in 2009.In its place, Cabernet Sauvignon, Shiraz and Pinotage have risen to prominence with Cabernet Sauvignon being the most widely grown red grape variety covering 12% of all plantings in 2009. Other red grape varieties found in South Africa include: Carignan, Gamay (often made in the style of Beaujolais wine with carbonic maceration), Grenache, Petit Verdot, Cabernet Franc, Pontac, Ruby Cabernet, Tinta Barroca and Zinfandel.

There is a wide range of lesser known groups that are used to feed the country's still robust distilled spirits and fortified wine industry. These grapes usually produce bland, neutral wine that lends itself well to blending and distillation but is rarely seen as varietal bottlings. These include: Belies, False Pedro, Kanaän, Raisin blanc, Sultana and Servan.

South Africa   There are no products in this category