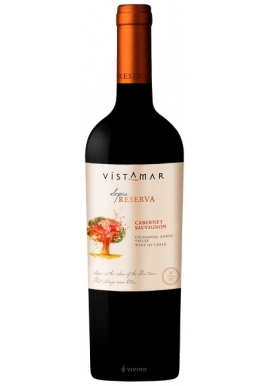 Chilean wine has a long history for a New World wine region, as it was the 16th century when the Spanish conquistadors brought Vitis vinifera vines with them as they colonized the region. In the mid-19th century, French wine varieties such as Cabernet Sauvignon, Merlot, Carmenère and Franc were introduced. In the early 1980s, a renaissance began...

Chilean wine has a long history for a New World wine region, as it was the 16th century when the Spanish conquistadors brought Vitis vinifera vines with them as they colonized the region. In the mid-19th century, French wine varieties such as Cabernet Sauvignon, Merlot, Carmenère and Franc were introduced. In the early 1980s, a renaissance began with the introduction of stainless steel fermentation tanks and the use of oak barrels for aging. Wine exports grew very quickly as quality wine production increased. The number of wineries has grown from 12 in 1995 to over 70 in 2005.

A large number of French people immigrated to Chile during the late 20th century, bringing more vinicultural knowledge to the country. Chile is now the fifth largest exporter of wines in the world, and the seventh largest producer. The climate has been described as midway between that of California and France. The most common grapes are Cabernet Sauvignon, Merlot and Carmenère. So far Chile has remained free of the phylloxera louse, which means that the country's grapevines do not need to be grafted with phylloxera-resistant rootstocks.

The climate is varied with the northern regions being very hot and dry compared to the cooler, wetter regions in the south. In the Valle Central around Santiago, the climate is dry with an average of 15 inches (38 centimeters) of rain and little risk of springtime frost. The proximity to the Dry Andes help create a wide diurnal temperature variation between day and nighttime temperatures. This cool drop in temperature is vital in maintaining the grapes' acidity levels.

Most of Chile's premium wine regions are dependent on irrigation to sustain vineyards, getting the necessary water from melting snow caps in the Andes. In the developing wine regions along the Coastal Ranges and in the far south, there is not a lack in needed rainfall but vineyard owners have to deal with other factors such as the Humboldt Current from the Pacific which can bathe a vineyard with a blanket of cool air. For the rest of Chile's wine regions, the Coastal Ranges serve a buffer from the current and also acts as a rain shadow. The vineyards in these regions are planted on the valley plains of the Andes foothills along a major river such as the Maipo, Rapel and Maule Rivers.

The vineyards of Chile fall between the latitudes of 32 and 38° s which, in the Northern Hemisphere would be the equivalent of southern Spain and North Africa. However the climate in Chile's wine regions is much more temperate than those regions, comparing more closely to California and Bordeaux. Overall, it is classified as a Mediterranean climate with average summer temperatures of 59–64 °F (15–18 °C) and potential highs of 86 °F (30 °C).

There is not much vintage variation due to the reliability of favorable weather with little risk of summer time frost or harvest time rains. The main exception, again, is Casablanca due in part to its proximity to the Pacific. For the Chilean wine regions in the Valle Central, the Andes and Coastal Ranges create a rain shadow effect which traps the warm arid air in the region. At night, cool air comes into the area from the Andes which dramatically drops the temperature. This help maintain high levels of acidity to go with the ripe fruit that grapes develop with the long hours of uninterrupted sunshine that they get during the day. The result is a unique profile of flavonoids in the wine which some Chilean wineries claim make Chilean wines higher in resveratrol and antioxidants. Harvest typically begins at the end of February for varieties like Chardonnay with some red wine varieties like Cabernet Sauvignon being picked in April and Carmenère sometimes staying on the vine into May.

Chile   There are no products in this category