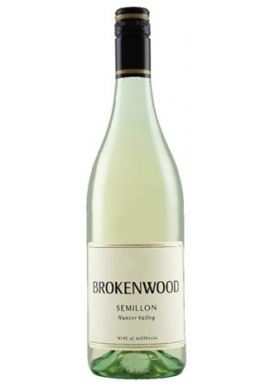 Semillon are equal to spicy food and rich sauces,often going even better with meat than with fish,sweet Semillon can partner many puddings, especially rich, creamy ones. Semillon also goes well with many cheeses, and Sauternes with Roquefort is a classic combination.Sémillon is widely grown in Australia, particularly in the Hunter Valley north o...

Semillon are equal to spicy food and rich sauces,often going even better with meat than with fish,sweet Semillon can partner many puddings, especially rich, creamy ones. Semillon also goes well with many cheeses, and Sauternes with Roquefort is a classic combination.Sémillon is widely grown in Australia, particularly in the Hunter Valley north of Sydney, where for a long time it was known as "Hunter River Riesling".

Sémillon, which is relatively easy to cultivate, consistently produces six to eight tons of grapes per acre from its vigorous vines. It is fairly resistant to disease, except for rot. The grape ripens early, when, in warmer climates, it acquires a pinkish hue.Since the grape has a thin skin, there is also a risk of sunburn in hotter climates; it is best suited to areas with sunny days and cool nights.

The Sémillon grape is rather heavy, with low acidity and an almost oily texture. It has a high yield and wines based on it can age a long time. Along with Sauvignon blanc and Muscadelle, Sémillon is one of only three approved white wine varieties in the Bordeaux region.

The grape is also key to the production of sweet wines such as Sauternes. For the grapes to be used for sweet wine production, they need to have been affected by Botrytis (also known as "Noble Rot"). This fungus dries out the grapes, thus concentrating the sugar and flavours in the grape berry.

Four styles of Sémillon-based wines are made there:

a commercial style, often blended with Chardonnay or Sauvignon blanc;
a sweet style, after that of Sauternes;
a complex, minerally, early picked style which has great longevity;
and an equally high quality dry style, which can be released soon after vintage as a vat- or bottle-aged example.
The latter two styles were pioneered by Lindemans, Tulloch, McWilliam's Elizabeth, Drayton's and Tyrrell's, and are considered unique to Australia.

Most examples of these bottle-aged Hunter Semillons exhibit a buttercup-yellow colour, burnt toast or honey characteristics on the nose and excellent complex flavours on the palate, with a long finish and soft acid. Young Hunter Valley semillon is almost always a dry wine, usually exhibiting citrus flavours of lemon, lime or green apple. Cooler-year Hunter Semillons seem to be the most highly sought after, with some of the 1974 and 1977 vintages still drinking well. The newer, fruit-accentuated styles are championed by the likes of Iain Riggs at Brokenwood Wines and The Rothbury Estate.

Sémillon is also finding favour with Australian producers outside the Hunter Valley in the Barossa Valley and Margaret River regions. The Adelaide Hills is becoming a flourishing region for Semillon, with the cooler climate producing some wines of great complexity. Vineyards such as Amadio and Paracombe produce some premium blends of the classical style.

Semillon  There are no products in this category