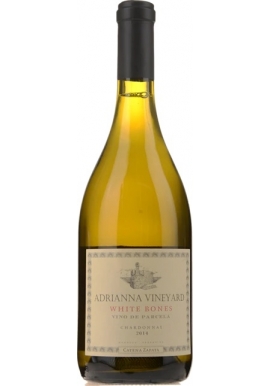 Argentine wine may be synonymous with red, and Malbec at that, but a host of producers are starting to experiment with white varieties to create wines that speak of their terroir, in a trend that is only set to grow.

Argentine wine may be synonymous with red, and Malbec at that, but a host of producers are starting to experiment with white varieties to create wines that speak of their terroir, in a trend that is only set to grow.

The Pedro Giménez grape (a different but perhaps closely related relative of Spain's Pedro Ximénez) is the most widely planted white grape varietal with more than 14,700 ha (36,300 acres) planted primarily in the Mendoza and San Juan region. The grape is known for its fully bodied wines with high alcohol levels and is also used to produce grape concentrate.

Pedro Giménez, a vestige of Argentina’s white wine dominance, remains the country’s most planted white grape, according to data from the Instituto Nacional de Vitivinicultura. While in rapid decline and primarily used for high-volume wines, the variety is being championed by the likes of sommelier and winemaker Mariana Onofri of Onofri Wines, who treats the grape with respect to produce a lower-alcohol white that she says is a hit in restaurants. Her attitude is shared by producers across the country who are making premium quality wines from white varieties once planted for bulk production. Grapes such as Sémillon and Chenin Blanc, while still some way behind the likes of Torrontés and Chardonnay in terms of area under vine, are finding favour, with examples released from the likes of Catena, Andeluna and El Enemigo.

Argentina’s whites are now being made with a focus on freshness, reduced use of new oak and a desire for the wine to reflect ‘the place’. Techniques such as picking the grapes earlier than normal, controlling the extent of malolactic fermentation and ageing in larger and older oak vessels are contributing to changes in wine style.

Sémillon and Chenin used to be used for table wines, and weren’t considered very prestigious, but over time it has shown results that from old vineyards with low yields they can grow well and produce great wine. Some people who are growing Sémillon are achieving 30 tonnes per hectare, but we only get between seven and eight tonnes.

Not many people are making top-quality Sémillon in Argentina, especially not in blends. Andeluna, based in Tupungato in the Uco Valley, is another producer experimenting with Sémillon.

Some Chief winemakers have recounted how the use of Sémillon started out as an experiment. Some winemakers wanted to develop a new white variety, and started looking for one in the Uco Valley because you can’t bring grapes in from outside.

The discovery of Sémillon growing in Tupungato, in a district called El Peral. For some wine makers first attempt was to create several different fermentations, separating the juice out into three parts. One part was to put into stainless steel, another was to put it into a ceramic vessel, and the rest was placed into used French oak. Then blended all three. Winemakers tasted it with the commercial teams and they loved it