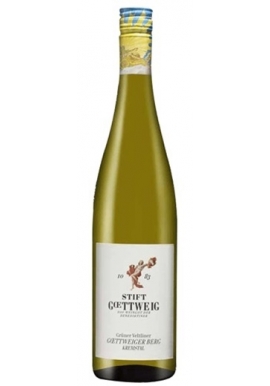 Austrian wines are mostly dry white wines (often made from the Grüner Veltliner grape), though some sweeter white wines (such as dessert wines made around the Neusiedler See) are also produced. About 30% of the wines are red, made from Blaufränkisch (also known as Lemberger, or as Kékfrankos in neighbouring Hungary), Pinot noir and locally bred ...

Austrian wines are mostly dry white wines (often made from the Grüner Veltliner grape), though some sweeter white wines (such as dessert wines made around the Neusiedler See) are also produced. About 30% of the wines are red, made from Blaufränkisch (also known as Lemberger, or as Kékfrankos in neighbouring Hungary), Pinot noir and locally bred varieties such as Zweigelt. Four thousand years of winemaking history counted for little after the "antifreeze scandal" of 1985, when it was revealed that some wine brokers had been adulterating their wines with diethylene glycol. The scandal destroyed the market for Austrian wine and compelled Austria to tackle low standards of bulk wine production, and reposition itself as a producer of quality wines. The country is also home to Riedel, makers of some of the most expensive wine glasses in the world. Some of the best producers of Austria include Weingut Bründlmayer, Weingut F.X. Pichler and Weingut Franz Hirtzberger, Weingut Hutter, Weingut Eigl and Wellanschitz.

Grüner Veltliner is the dominant white grape in Austria, producing generally dry wines ranging from short-lived Heuriger wines to Spätleses capable of long life. The ancient Welschriesling variety is used in the noble rot dessert wines of the Neusiedlersee; it also makes undistinguished dry wines for drinking young, as does Müller-Thurgau (Rivaner). Neuburger was supposedly found as flotsam in the Danube in the 1850s, but is now known to be a cross between Silvaner and the ancient Roter Veltliner. Frühroter Veltliner is also known as Malvasier, suggesting a link to the Malvasia grape family of the Eastern Mediterranean. Muscat Ottonel is used in dessert wines from the Neusiedlersee, as is Bouvier, which is related to the muscat family and is a parent of the Orémus (Zéta) grape used in Tokaji. There were high hopes for Goldburger, a cross between Welschriesling and Orangetraube bred in Klosterneuburg, but after an initial wave of planting, enthusiasm has dimmed. Zierfandler (Spätrot) and Rotgipfler are local grapes of the Thermenregion, and are often blended together as Spätrot-Rotgipfler. It is worth noting that Pinot gris is known as Ruländer in Austria, and sometimes as Grauburgunder; Pinot blanc is known as Weißburgunder or Weissburgunder, and Sauvignon blanc is called Muskat Sylvaner. Riesling plays a much smaller role than in Germany, but the relatively small amount grown is used for some of Austria's most appreciated dry white wines.

Zweigelt (sometimes called Zweigeltblau, a Blaufränkisch × St. Laurent cross) and Blauburger (Blaufränkisch × BlauerPortugieser) were bred at Klosterneuburg in the 1920s and now account for nearly half of Austria's red wine. The former can be made into powerful wines for ageing, the latter is easier to grow and is generally blended; both are also made into a lighter style for drinking young.

Blaufränkisch and Blauer Portugieser are the traditional red grapes of the region, being part of the blend of Hungary's Egri Bikavér. The former is the more "serious" variety, Blauer Portugieser produces fresh, fruity red wines for drinking young. Saint Laurent came from France in the mid-19th century, and seems to have substantial Pinot noir (Blauerburgunder) parentage; St Laurent has a reputation for being problematic to grow, but can produce good quality wine. Blauer Wildbacher is probably an indigenous wild grape variety, used to make a cult rosé called Schilcher in western Styria. Rössler is the latest variety to be bred at Klosterneuburg.

Austria   There are no products in this category