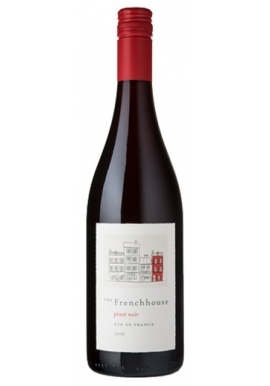 French wine is produced all throughout France, in quantities between 50 and 60 million hectolitres per year, or 7–8 billion bottles. France is one of the largest wine producers in the world, along with Italian, Spanish, and American wine-producing regions.French wine traces its history to the 6th century BC, with many of France's regions dating ...

French wine is produced all throughout France, in quantities between 50 and 60 million hectolitres per year, or 7–8 billion bottles. France is one of the largest wine producers in the world, along with Italian, Spanish, and American wine-producing regions.French wine traces its history to the 6th century BC, with many of France's regions dating their wine-making history to Roman times. The wines produced range from expensive wines sold internationally to modest wines usually only seen within France such as the Margnat wines were during the post war period.

Two concepts central to the better French wines are the notion of terroir, which links the style of the wines to the locations where the grapes are grown and the wine is made and the Appellation d'origine contrôlée (AOC) system, replaced by the Appellation d'Origin Protégée (AOP) system in 2012. Appellation rules closely define which grape varieties and winemaking practices are approved for classification in each of France's several hundred geographically defined appellations, which can cover regions, villages or vineyards.

France is the source of many grape varieties (such as Cabernet Sauvignon, Chardonnay, Pinot noir, Sauvignon blanc, Syrah) that are now planted throughout the world, as well as wine-making practices and styles of wine that have been adopted in other producing countries. Although some producers have benefited in recent years from rising prices and increased demand for some of the prestige wines from Burgundy and Bordeaux, the French wine industry has seen a decline in domestic consumption and internationally, it has had to compete with many new world wines.

All common styles of wine – red, rosé, white (dry, semi-sweet and sweet), sparkling and fortified – are produced in France. In most of these styles, the French production ranges from cheap and simple versions to some of the world's most famous and expensive examples. An exception is French fortified wines, which tend to be relatively unknown outside France.

In many respects, French wines have more of a regional than a national identity, as evidenced by different grape varieties, production methods and different classification systems in the various regions. Quality levels and prices vary enormously, and some wines are made for immediate consumption while other are meant for long-time cellaring.

If there is one thing that most French wines have in common, it is that most styles have developed as wines meant to accompany food, be it a quick baguette, a simple bistro meal, or a full-fledged multi-course menu. Since the French tradition is to serve wine with food, wines have seldom been developed or styled as "bar wines" for drinking on their own, or to impress in tastings when young.

Numerous grape varieties are cultivated in France, including both internationally well-known and obscure local varieties. In fact, most of the so-called "international varieties" are of French origin, or became known and spread because of their cultivation in France.[19] Since French appellation rules generally restrict wines from each region, district or appellation to a small number of allowed grape varieties, there are in principle no varieties that are commonly planted throughout all of France.

Most varieties of grape are primarily associated with a certain region, such as Cabernet Sauvignon in Bordeaux and Syrah in Rhône, although there are some varieties that are found in two or more regions, such as Chardonnay in Bourgogne (including Chablis) and Champagne, and Sauvignon blanc in Loire and Bordeaux. As an example of the rules, although climatic conditions would appear to be favorable, no Cabernet Sauvignon wines are produced in Rhône, Riesling wines in Loire, or Chardonnay wines in Bordeaux. (If such wines were produced, they would have to be declassified to Vin de Pays or French table wine. They would not be allowed to display any appellation name or even region of origin.)

Traditionally, many French wines have been blended from several grape varieties. Varietal white wines have been, and are still, more common than varietal red wines.

France   There are no products in this category