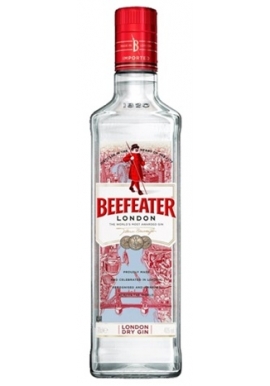 Gin is a flavoured white spirit. All Gin is flavoured with juniper berries, and usually other things too, like lemon, coriander seeds, and so on. Unlike liqueurs, where flavourings are added to the distilled spirits, Gin is made by re-distilling the spirit with the flavourings, either with the flavouring ingredients in the still, or by passing t...

Gin is a flavoured white spirit. All Gin is flavoured with juniper berries, and usually other things too, like lemon, coriander seeds, and so on. Unlike liqueurs, where flavourings are added to the distilled spirits, Gin is made by re-distilling the spirit with the flavourings, either with the flavouring ingredients in the still, or by passing the vapour through the flavouring agents during distillation. The name comes from genievre, French for juniper.

Gin became popular in England after the government allowed unlicensed gin production and at the same time imposed a heavy duty on all imported spirits. This created a market for poor-quality grain that was unfit for brewing beer, and thousands of gin-shops sprang up throughout England. By 1740 the production of gin had increased to six times that of beer, and because of its cheapness it became popular with the poor. Of the 15,000 drinking establishments in London, over half were gin-shops. Beer maintained a healthy reputation as it was often safer to drink the brewed ale than unclean plain water. Gin, though, was blamed for various social and medical problems, and it may have been a factor in the higher death rates which stabilized London's previously growing population. The reputation of the two drinks was illustrated by William Hogarth in his engravings Beer Street and Gin Lane (1751). This negative reputation survives today in the English language, in terms like "gin-mills" to describe disreputable bars or "gin-soaked" to refer to drunks, and in the phrase "Mother's Ruin," a common British name for gin.
The Gin Act 1736 imposed high taxes on retailers and led to riots in the streets. The prohibitive duty was gradually reduced and finally abolished in 1742. The Gin Act 1751 was more successful, however. It forced distillers to sell only to licensed retailers and brought gin-shops under the jurisdiction of local magistrates. Gin in the 18th century was produced in pot stills, and was somewhat sweeter than the London gin known today.

In London in the early eighteenth century, gin sold on the black market was prepared in illicit stills (of which there were 1500 in 1726) and was often adulterated with turpentine and sulphuric acid.

The column still was invented in 1832, and the "London dry" style was developed later in the 19th century. In tropical British colonies, gin was used to mask the bitter flavour of quinine, a protection against malaria, which was dissolved in carbonated water to form tonic water. This was the origin of today's popular gin and tonic combination, even though it is not necessary for the majority of today's consumers of the drink. Quinine is still prescribed for malaria in many developing countries where more recent treatments are prohibitively expensive.

Gin is a popular base spirit for many mixed drinks, including the martini. Secretly produced "bathtub gin" was commonly available in the speakeasies and "blind pigs" of Prohibition -era America due to the relative simplicity of the production method. Gin remained popular as the basis of many cocktails after the repeal of Prohibition.

Gin  There are no products in this category