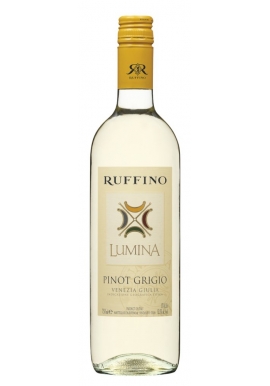 Italian white wine is governed by Italy's Ministry of Agriculture and Forestry (MIPAAF), which has documented over 350 grapes and granted them "authorized" status. There are more than 500 other documented varieties are in circulation, as well. The following is a list of the most common and important regions of Italy's many grape varieties.

Italian white wine is governed by Italy's Ministry of Agriculture and Forestry (MIPAAF), which has documented over 350 grapes and granted them "authorized" status. There are more than 500 other documented varieties are in circulation, as well. The following is a list of the most common and important regions of Italy's many grape varieties.

Vineyards around the town of Barolo, Piedmont.

Arneis: A variety from Piedmont, which has been grown there since the 15th century.

Catarratto: Common in Sicily and the most widely planted white variety in Salaparuta.

Fiano: Grown on the southwest coast of Italy.

Friulano: A variety also known as Sauvignon Vert or Sauvignonasse, it yields one of the most typical wines of Friuli.

The wine was previously known as Tocai but the old name was prohibited by the European Court of Justice to avoid confusion with the Tokay dessert wine from Hungary.

Garganega: The main grape variety for wines labeled Soave, this is a dry white wine from the Veneto wine region of Italy. It is popular in northeast Italy around the city of Verona. Currently, there are over 3,500 distinct producers of Soave.

Greco di Tufo: Grown on the southwest coast of Italy.

Malvasia bianca: A white variety that occurs throughout Italy. It has many clones and mutations.

Moscato blanc: Grown mainly in Piedmont, it is mainly used in the slightly-sparkling (frizzante), semi-sweet Moscato d'Asti. Not to be confused with Moscato Giallo and Moscato rosa, two Germanic varietals that are grown in Trentino Alto-Adige.

Passerina: mainly derives from Passerina grapes (it may even be produced purely with these), plus a minimum percentage of other white grapes and may be still, sparkling or passito. The still version has an acidic profile, which is typical of these grapes.

Pecorino: Native to Marche and Abruzzo, it is used in the Falerio dei Colli Ascolani and Offida DOC wines. It is low-yielding, but will ripen early and at high altitudes. Pecorino wines have a rich, aromatic character.

Pigato: An acidic variety from Liguria that is vinified to pair with seafood.

Pinot grigio: A successful commercial grape (known as Pinot Gris in France), its wines are characterized by crispness and cleanness. The wine can range from mild to full-bodied.

Ribolla Gialla: A Greek variety introduced by the Venetians that now makes its home in Friuli.

Trebbiano: This is the most widely planted white varietal in Italy. It is grown throughout the country, with a special focus on the wines from Abruzzo and from Lazio, including Frascati. Trebbiano from producers such as Valentini have been known to age for 15+ years. It is known as Ugni blanc in France.

Verdicchio: This is grown in the areas of Castelli di Jesi and Matelica in the Marche region and gives its name to the varietal white wine made from it. The name comes from "verde" (green). In the last few years Verdicchio wines are considered to be the best white wines of Italy.

Vermentino: This is widely planted in Sardinia and is also found in Tuscan and Ligurian coastal districts. The wines are a popular accompaniment to seafood.