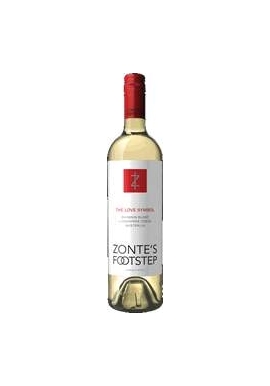 Savagnin or Savagnin blanc (not to be confused with Sauvignon blanc) is a variety of white wine grape with green-skinned berries. It is mostly grown in the Jura region of France, where it is made into Savagnin wine or the famous vin jaune and vin de paille.

It is easy to understand why the wines of Jura and the country of Savoie have been pushed...

Savagnin or Savagnin blanc (not to be confused with Sauvignon blanc) is a variety of white wine grape with green-skinned berries. It is mostly grown in the Jura region of France, where it is made into Savagnin wine or the famous vin jaune and vin de paille.

It is easy to understand why the wines of Jura and the country of Savoie have been pushed into the shadows. Many of the grape varieties grown here — such as the Mondeuse, Poulsard, Jacquere, Alte: Savagnin — are largely unknown outside the region. Some of the styles decidedly unfashionable. There are few brands, and the presence of all well-heeled skiers — the wines' greatest fans — helps to make for prices keep the bottles away from the bargain shelves.While they are close to each other on the map and usually treated as a pair of Jura and Savoie are really quite different.The Jura has some pleasant Pinot Noir and Chardonnay, but the distinctive wines are the Vin Jaune, whose nutty character comes from the effects of a yeast that is allowed to develop on the surface of the grapes while they are in the barrel (you will find out more about this when we take a look at the way sherry is made in Spain), and the sweet raisiny Vin de Paille made using the traditional method of allowing the grapes to dry out on straw — paille — before they are crushed. At their best, Savoie's wines are light, fresh, and either floral (white) or berryish (red)

Wines are made from Pinot Noir and Chardonnay (Jura) as well as other varieties rarely found elsewhere, such as the Savagnin and Poulsard (Jura), the Mondeuse, Altesse/Roussette, and Jaquere (Savoie).Arbois' Vin Jaune is France's answer to dry sherry. Vin de Paille gets less recognition but can be a very good buy.Winemakers in Jura use the Pinot Noir grape as well as unfamiliar local varieties.In 2009 it was first discovered that grape growers and wine makers in Australia have been supplying and selling Savagnin wrongly labelled for several years. They thought they were pouring money into the market for the Spanish albarino grape, only to discover this is not the case. From 2009 vintage onward these wines have been labelled Savagnin.

After the mistake was discovered grape growers and wine makers were faced with a choice, whether to persist with Savagnin or to graft their vines over to something else. Fortunately many had already made a couple of vintages and were impressed enough to continue with Savagnin. Australian dry white wines from this variety are often excellent, crisp and light bodied, ideal with appetisers or seafood. They are very similar in style at least to the best Albarino wines from north west Spain.As the wines can't be labelled as "Albarino". The name Savagnin is similar to Sauvignon and hence causes confusion. Some winemakers us fantasy names, for example Soumah use Saverro, and Dalfarras use Savinno.

A visiting French expert raised questions in 2008, and DNA testing confirmed that the grapes are in fact Savagnin sourced from Spanish cuttings. The variety itself may have originated in Spain or France.Savagnin is a very old variety which is believed to have originated somewhere in north east France or in adjacent areas of Germany. There is a substantial number of clones some of which are usually regarded as separate varieties. There are dozens of synonyms, reflecting its age and distribution. Approximately, sixty wineries are using Savagnin in Australia here are some examples;

Savagnin Blanc  There are no products in this category