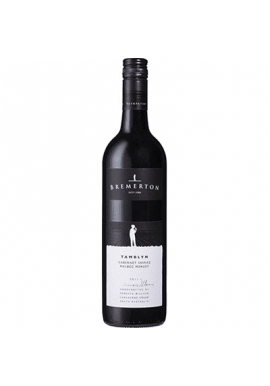 Wine is here to be enjoyed and whatever the blend, the holy grail is a wine capable of acquiring complexity through long cellaring. Cabernets and Cabernet based blends as presented in this instance evolve in fascinatingly various ways as they age,depending on the quality of the primary fruit, the type of wood used for maturation, duration in the...

Wine is here to be enjoyed and whatever the blend, the holy grail is a wine capable of acquiring complexity through long cellaring. Cabernets and Cabernet based blends as presented in this instance evolve in fascinatingly various ways as they age,depending on the quality of the primary fruit, the type of wood used for maturation, duration in the cask, and the length of time the wine spends in the bottle before you open it. Its partly those considerations that have led to the realization that Cabernet Sauvignon is often behaved in company with other varieties.Cabernet Sauvignon is one of the world's most widely recognized red wine grape varieties. It is grown in nearly every major wine producing country among a diverse spectrum of climates from Canada's Okanagan Valley to Lebanon's Beqaa Valley. Cabernet Sauvignon became internationally recognized through its prominence in Bordeaux wines where it is often blended with Merlot and Cabernet Franc. From France, the grape spread across Europe and to the New World where it found new homes in places like California's Santa Cruz Mountains, Paso Robles, Napa Valley, New Zealand's Hawkes Bay, South Africa's Stellenbosch region, Australia's Margaret River and Coonawarra regions, and Chile's Maipo Valley and Colchagua. For most of the 20th century, it was the world's most widely planted premium red wine grape until it was surpassed by Merlot in the 1990s. However, by 2015, Cabernet Sauvignon had once again become the most widely planted wine grape, with a total of 341,000 hectares under vine worldwide.

Cabernet Franc is one of the major black grape varieties worldwide. It is principally grown for blending with Cabernet Sauvignon and Merlot in the Bordeaux style, but can also be vinified alone, as in the Loire's Chinon. In addition to being used in blends and produced as a varietal in Canada and the United States, it is sometimes made into ice wine in those regions.

Cabernet Franc is lighter than Cabernet Sauvignon, making a bright pale red wine[that contributes finesse and lends a peppery perfume to blends with more robust grapes. Depending on the growing region and style of wine, additional aromas can include tobacco, raspberry, bell pepper, cassis, and violets.

Malbec is a purple grape variety used in making red wine. The grapes tend to have an inky dark color and robust tannins, and are known as one of the six grapes allowed in the blend of red Bordeaux wine. In France, plantations of Malbec are now found primarily in Cahors in South West France, though the grape is grown worldwide. It is increasingly celebrated as an Argentine varietal.

Merlot is a dark blue-colored wine grape variety, that is used as both a blending grape and for varietal wines. The name Merlot is thought to be a diminutive of merle, the French name for the blackbird, probably a reference to the color of the grape. Its softness and "fleshiness", combined with its earlier ripening, makes Merlot a popular grape for blending with the sterner, later-ripening Cabernet Sauvignon, which tends to be higher in tannin.

This current blend is truely unique and  full of complexity.