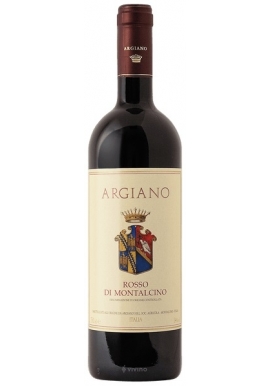 Italy's Ministry of Agriculture and Forestry (MIPAAF), has documented over 350 grapes and granted them "authorized" status. There are more than 500 other documented varieties in circulation, as well. The following is a list of the most important  regions of Italy's many grape varieties.

Sangiovese vineyards in the Val d...

Italy's Ministry of Agriculture and Forestry (MIPAAF), has documented over 350 grapes and granted them "authorized" status. There are more than 500 other documented varieties in circulation, as well. The following is a list of the most important  regions of Italy's many grape varieties.

Sangiovese vineyards in the Val d'Orcia, Monte Amiata in the background.

Aglianico: considered to be one of the three greatest Italian varieties with Sangiovese and Nebbiolo, and sometimes called "The Barolo of the South" (il Barolo del Sud) due to its ability to produce fine wines. It is primarily grown in Basilicata and Campania to produce DOCG wines, Aglianico del Vulture Superiore and Taurasi.

Barbera: The most widely grown red wine grape of the Piedmont and Southern Lombardy regions, the largest plantings of Barbera are found near the towns of Asti, Alba, and Pavia. Barbera wines were once considered simply "what you drank while waiting for the Barolo to be ready", but with a new generation of wine makers this is no longer the case. The wines are now meticulously vinified. In the Asti region, Barbera grapes are used in making "Barbera d'Asti Superiore", which may be aged in French barriques to become Nizza, a quality wine aimed at the international market. The vine has bright cherry-coloured fruit, and its wine is acidic with a dark colour.

Corvina: Along with the varieties Rondinella and Molinara, this is the principal grape which makes the famous wines of the Veneto: Valpolicella and Amarone. Valpolicella wine has dark cherry fruit and spice. After the grapes undergo passito (a drying process), the wine is now called Amarone, and is high in alcohol (16% and up) and characterized by raisin, prune, and syrupy fruits. Some Amarones can age for 40+ years and command spectacular prices. In December 2009, there was celebration when the acclaimed Amarone di Valpolicella was finally awarded its long-sought DOCG status. The same method used for Amarone is used for Recioto, the oldest wine produced in this area, but the difference is that Recioto is a sweet wine.

Dolcetto: A grape that grows alongside Barbera and Nebbiolo in Piedmont, its name means "little sweet one", referring not to the taste of the wine, but the ease in which it grows and makes good wines suitable for everyday drinking. Flavours of concord grape, wild blackberries, and herbs permeate the wine.
Malvasia nera: Red Malvasia variety from Piedmont. A sweet and perfumed wine, sometimes pronounced in the passito style.

Montepulciano: Not to be confused with the Tuscan town of Montepulciano, it is most widely planted grape on the opposite coast in Abruzzo. Its wines develop silky plum-like fruit notes, friendly acidity, and light tannins. More recently, producers have been creating a rich, inky, extracted version of this wine, a sharp contrast to the many inferior bottles produced in the past.

Nebbiolo: The most noble of Italy's varieties. The name (meaning "little fog") refers to the autumn fog that blankets most of Piedmont where Nebbiolo is chiefly grown, and where it achieves the most successful results. A difficult grape variety to cultivate, it produces the most renowned Barolo and Barbaresco, made in the province of Cuneo, along with the lesser-known Ghemme and Gattinara, made in the province of Vercelli and Sforzato, Inferno and Sassella made in Valtellina. Traditionally produced Barolo can age for fifty years-plus, and is regarded by many wine enthusiasts as the greatest wine of Italy.

Negroamaro: The name literally means "black bitter". A widely planted grape with its concentration in the region of Puglia, it is the backbone of the Salice Salentino.

Nero d'Avola: This once-obscure native varietal wine of Sicily is gaining attention for its dark fruit notes and strong tannins. The quality of Nero d'Avola has surged in recent years.

Primitivo: A red grape found in southern Italy, most notably in Apulia. Primitivo ripens early and thrives in warm climates, where it can achieve very high alcohol levels. Both Primitivo and California Zinfandel are clones of the Croatian grape Crljenak Kaštelanski.

Sagrantino: A rare native of Umbria, which although by 2010 planted on only 994 hectares (2,460 acres), the wines produced from it (either as 100% Sagrantino in Montefalco Sagrantino or blended with Sangiovese as Montefalco Rosso) are world-renowned and very high in tannins. These wines can also age for many years.

Sangiovese: Italy's claim to fame and the pride of Tuscany, it is most notably the predominant grape variety in Chianti and Chianti Classico, and the sole ingredient in Brunello di Montalcino. Sangiovese is also a major constituent of dozens of other denominations such as Vino Nobile di Montepulciano, Rosso di Montalcino and Montefalco Rosso, as well as the basis of many of the acclaimed, modern-styled "Super-Tuscans", where it is blended with three of the Bordeaux varietals (Cabernet Sauvignon, Merlot, and Cabernet Franc) and typically aged in French oak barrels, resulting in a wine primed for the international market in the style of a typical California cabernet: oaky, high-alcohol, and a ripe, fruit-forward profile.

Reds  There are no products in this category